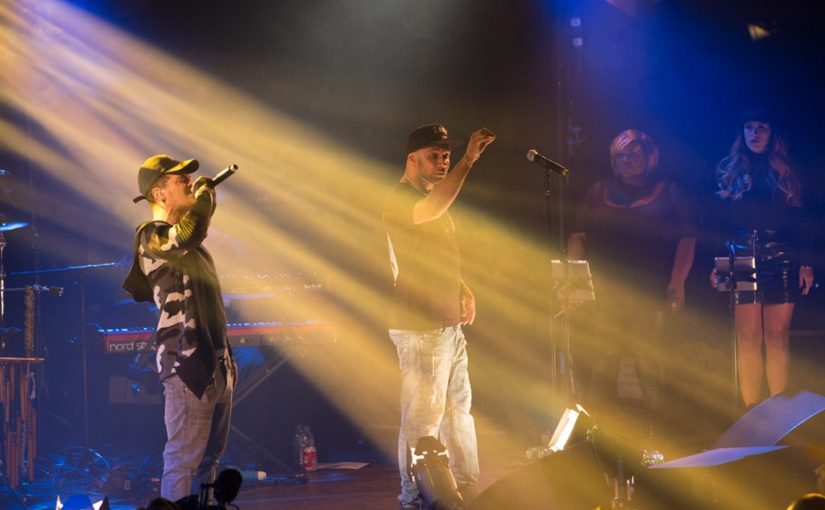 Goldie, known by most as one of the pioneers of the Drum and Bass sound, famous for tracks such as “Inner City Life” and “Digital” along with the ground-breaking album Timeless, has been out of the game for some time; so when he announces his first proper studio album in nearly 19 years and accompanying live tour you can imagine the deep feelings stirred. Having not been too dialed into recent developments in the Drum and Bass scene, I went for a chat with long-term friend and DnB head to get his take on Goldie’s movements before the show. To sum up, his perspective was that “Goldie is trying desperately hard to stay relevant” and wrote his new live show off to be a gimmick. With this pretext I had mixed feelings leaving the house on a wet and windy Sunday evening.

These feelings were very quickly forgotten upon entering the roundhouse with ease; the smooth and polite door staff made you feel very welcome, right at home setting the tone for the show. An iconic venue to say the least, the dome spherical setup allows for great sound and clear view from most points.

The lights dimmed and the man himself exploded onto stage, Goldie for the first time taking centre stage, under the spotlight, rather than staying second to the music behind the decks. His new role suits well as he wastes no time introducing the new band consisting of three keys/synth/controllers, two drummers and two backing singers accompanied by a whole host of guests including Natalie Duncan, who Goldie showed great reverie for as his “musical muse”.

The band are extremely tight from the outset and it instantly becomes apparent just how many layers of sound go into creating the intricate soundscapes of Goldie’s music. Taking the humble position of percussion using an array of instruments (favouring the tambourine) Goldie bounces around the stage providing glowing encouragement and enthusiasm for each and every member of his new band; clearly super excited on this new venture, he breathes energy into the band and crowd a like.

The new album, The Journey Man, is the focus of the show and is flawlessly brought to life. The drummers for me were especially impressive never seeming to let up and miss a beat, keeping up the intensity for the duration of the show. The album is generally easy listening with a few too many slower songs smattered in between the classic Drum and Bass jams which hark back to his iconic sound from the nineties. However, when played out live with a more refined selection accompanied with live musicians, especially the baking vocalists and Natalie Duncan who were superb, the show cut the perfect balance between hype Drum and Bass and mellow sections to create a very accessible, enjoyable show for all. Not directly appealing to the OG Metalheadz, although Goldie made a point to share his respect and appreciation to the ‘old heads’, it is broadly a very enjoyable spectacle. A real highlight enjoyed by all was the rendition of “Inner City Life”, with Natalie Duncan singing impressively true to the original sound, sending shivers of nostalgia throughout the room.

Goldie has done so much for the Drum and Bass scene, and the electronic music scene alike; from helping mold the sound at Fabric many years ago to being a prominent key figure in helping the institution that helped kickstart his career remain open. I see this live show as an extension of that spirit, showcasing the true musicianship that goes into Drum and Bass music, which along with other electronic music doesn’t always receive the fullest appreciation and respect it deserves.